By George Flood For Mailonline

France‘s World Cup-winning captain Hugo Lloris was honoured by his hometown of Nice on Wednesday.

The Tottenham goalkeeper was greeted by thousands of supporters as he made a speech from the balcony at City Hall.

Accompanied by family including wife Marine and children Anna-Rose and Giuliana as well as the mayor of Nice Christian Estrosi, Lloris proudly lifted a trophy of an eagle – the city’s emblem – with a football balanced on its wing. 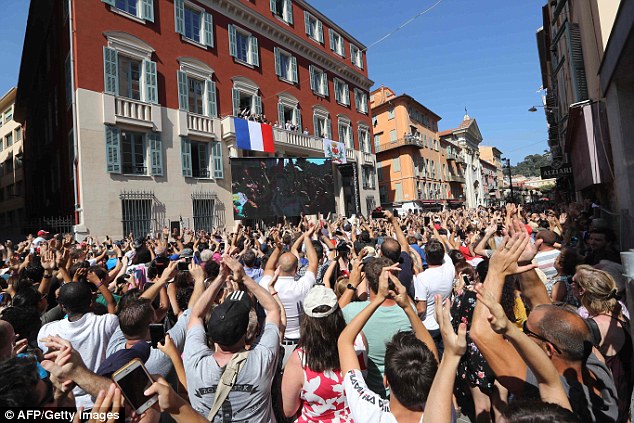 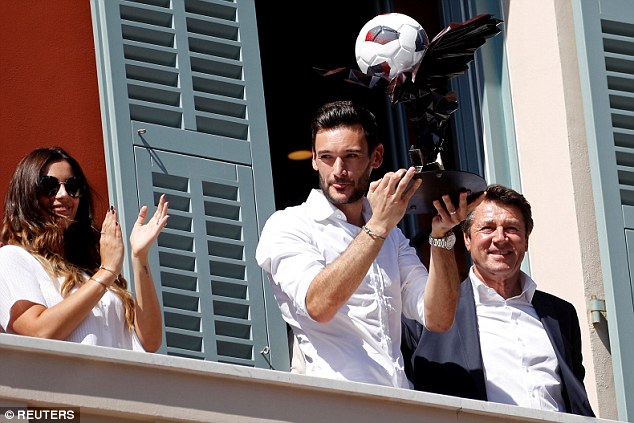 France’s World Cup-winning captain, accompanied by his wife and the mayor, holds a trophy 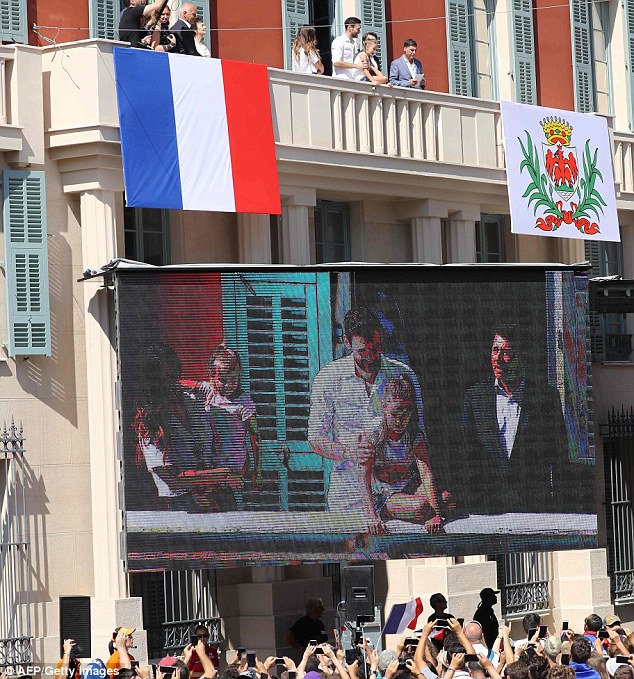 Lloris, who was also joined by his daughters, addresses the crowd from a City Hall balcony

It was certainly a tournament to remember for Lloris, who started in all but one of France’s seven matches in Russia, keeping clean sheets against Peru, Uruguay and Belgium.

The 31-year-old was selected ahead of Golden Gloves recipient Thibaut Courtois in FIFA’s official team of the tournament, despite committing an awful blunder in the final victory over Croatia.

France led 4-1 at Moscow’s Luzhniki Stadium with just over 20 minutes left to play when Lloris momentarily took leave of his senses and attempted to outwit Mario Mandzukic but succeeded only in making it easy for the striker to reduce the deficit.

The glory of a World Cup triumph – Les Bleus’ second and first for two decades – soon banished memories of that howler, however, with Lloris hoisting aloft the Jules Rimet Trophy. 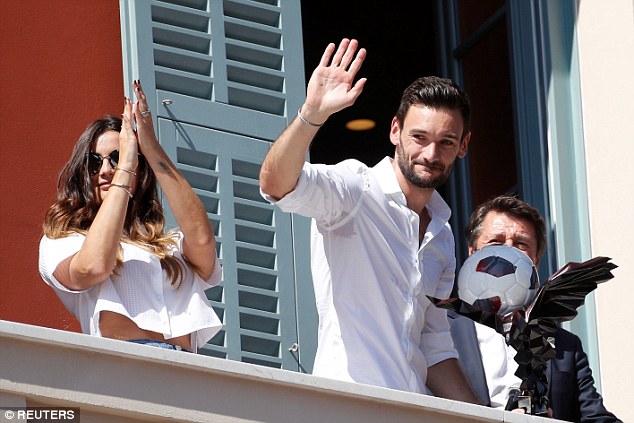 Lloris waves to the assembled crowd as his wife, whom he married back in 2012, applauds 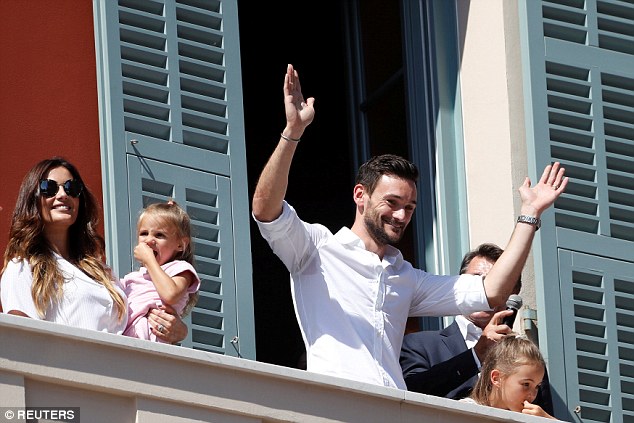 He held the coveted cup as the French squad were welcomed home by an estimated 500,000 people lining the Champs-Elysees during the unforgettable celebrations before attending a reception at the official palace of President Emmanuel Macron.

Lloris, said to have previously agreed to go on a pub crawl in Nice if France won the World Cup, will now take a well-earned break before returning his focus to club football at Spurs, who reported back for pre-season minus their World Cup stars last week.

Pochettino’s side, who move into their new stadium in September, are scheduled to jet off to the United States later this month for a pre-season tour that includes International Champions Cup matches against Roma, Barcelona and AC Milan.

They round off pre-season in Girona on August 4 before beginning the new Premier League campaign away to Newcastle seven days later. Lloris, who reportedly agreed to go in a pub crawl in Nice if France won, makes a speech 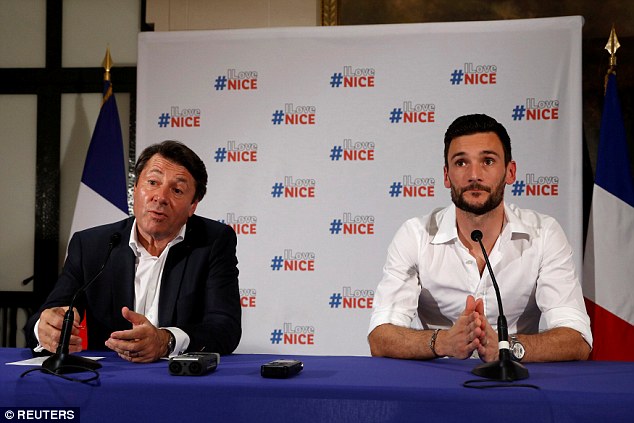 How Arsenal could line up as Mikel Arteta plans huge shake-up with Aubameyang, Lacazette and Ozil all facing axe

What happened to players called the ‘Next Messi’ as Mallorca’s Luka Romero, 15, becomes youngest ever La Liga star

Gareth Southgate lives in this £3.75m mansion that comes complete with six bedrooms, a...